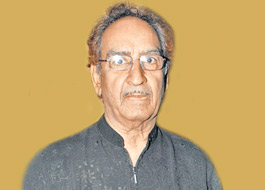 The master to Bollywood fights which made teenagers enjoy the most  on the silver screen.
The finest stunt and action choreographer, Veeru Devgan passed away on Monday.
The father of Bollywood actor Ajay Devgn and father-in-law to actress Kajol.
Veeru as dearly called, has choreographed fight and action scenes for over 80 Hindi films.
Veeru Devgan , stunt and action choreographer and film director in Bollywood. He passed away on today. He was born into the Devgan family in Amritsar, he is married to Veena, and has four children with her, including the actor Ajay Devgn and director Anil Devgan. He has choreographed fight and action scenes for over 80 Hindi films. He has also directed a film – Hindustan Ki Kasam.
His movies are Inkaar (1977), Mr Natwarlal (1979), Kranti (1981), Himmatwala (1983), Shahenshah (1988), Tridev (1989), Baap Numbri Beta Dus Numbri (1990), Phool Aur Kaante (1991) also directed a film – Hindustan Ki Kasam (1999) which starred son Ajay Devgn, Amitabh Bachchan, Manisha Koirala and Sushmita Sen.
The master crafts man on to his last journey his mortal remains shall be consigned to flame, the funeral will be held today evening at Vile Parle West Crematorium at 6:00Pm as per media tweeter reports.
@taran_adarsh
Veeru Devgan passed away this morning [27 May 2019]… Father of Ajay Devgn… Veeru ji was an accomplished action director… Also directed #HindustanKiKasam, starring son Ajay with Amitabh Bachchan… Funeral will be held today at 6 pm… Heartfelt condolences to Devgn family
Posted by Nksagar at Monday, May 27, 2019