Email ThisBlogThis!Share to TwitterShare to FacebookShare to Pinterest
Press Invite

We invite you to attend/send a representative to
A Press Conference
2.30 pm
2 November
Indian Women’s Press Corps

To be addressed by
ND Pancholi, civil liberties activist
John Dayal, activist
Gurmehar Kaur, daughter of Capt. Mandeep Singh who was killed at Kargil in 1999
Kavita Krishnan, activist
on the proposed Joint Action Against War-Mongering

Shabnam Hashmi, Vijayan, Leena Dabiru and others
on behalf of Citizens Against War

Yes, A Stand-Down Order Was Given In Benghazi Attack

investors.com - Scandal: Despite the administration's claim, the CIA operatives who fought for their lives and others' from a rooftop say that a stand-down order may have cost four Americans their lives while thei...

The Ten Most Underreported Stories about Hillary Clinton

mediaite.com - Yesterday, I examined the ten most underreported stories about Donald Trump during this campaign, which I believe would have done great damage to his candidacy if they had been given appropriate at... paulcraigroberts.org - Today, October 20, 2016, is the fifth anniversary of the murder of Muammar Gaddafi by forces organized and unleashed by US President Obama and Secretary of State Hillary Clinton. Remember the kille...

Prior to Benghazi, were there 13 attacks on embassies and 60 deaths under President George W. Bush?

politifact.com - As the U.S. House of Representatives was readying a new special committee to investigate the terrorist attack in Benghazi, Libya, many Democrats were arguing that continuing to probe the Sept. 11, ...

thepoliticalinsider.com - Mary ~ How is a person supposed to ‘fact-check’ information such as this, when the majority of our current administration AND CONGRESS are corrupted, covering up these illegal actions? Do you serio...

hotair.com - Thirty-eight are dead in all, including seven Afghan troops who were aboard. As many as 25 of the Americans were SEALs and a majority of them reportedly were from Team 6 — the same unit that got Bi...

From WikiLeaks – Worse than Treason 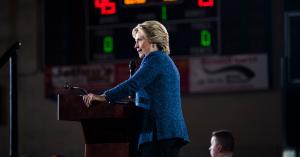 nytimes.com - The decision to target Mr. Comey for his unusual decision to publicly disclose the inquiry came during an 8 a.m. internal conference call, after aides saw reports that Justice Department officials ...

Democrats should ask Clinton to step aside

MORE FROM THIS PAPER