Posted by Nksagar at Wednesday, October 31, 2018 No comments:

13-11-2018 |10:30-12:30 Hrs. | Janta Maidan, Bhubaneswar, Odisha
The Government of Odisha is organising the Make in Odisha Conclave 2018, a biennial global investors’ conclave during 11th - 15th November 2018 at Bhubaneswar. A sectoral session on Healthcare is being organised on 13th November during 10:30 – 12:30 Hrs to showcase the achievements of the State in the healthcare sector and opportunities for the private sector in the value chain. The Conclave is being organised with the support of Federation of Indian Chambers of Commerce and Industry (FICCI).
The broad theme of the workshop is ‘Universal Healthcare in Odisha- Each Life Matters’, with an opening session wherein the achievements of the State in the healthcare sector and opportunities shall be showcased. The Vision document of the state on healthcare shall be unveiled by Hon’ble Minister Health & Family Welfare, Odisha. The second session would be a panel discussion on “Partnerships on Universal Healthcare in Odisha- Opportunities Unfolded” during which senior industry leaders would share their experiences in provisioning services in the Healthcare value chain. Besides, the investment opportunities offered by the State in healthcare sector shall also be presented.
Representatives from the healthcare industry, policy makers, investors, service providers involved across the value chain of Healthcare sector shall participate and this could be a good opportunity for interaction. On behalf of the State of Odisha, I extend this invitation to you for joining the Sectoral Session on Healthcare during the Make in Odisha Conclave. A broad outline of the session is enclosed.
You may register your participation on the Make in Odisha portal www.mio.investodisha.gov.in.  After you register, kindly share a line of confirmation at healthservices@ficci.com.
We look forward to your participation in the healthcare
Best regards,Shobha
Shobha Mishra GhoshAsst. Secretary GeneralFICCIIndustry’s Voice for Policy ChangeFederation House, Tansen Marg, New Delhi 110 001T: +91-11-2348 7445F: +91-11-2332 0714W: www.ficci.com
Posted by Nksagar at Saturday, October 27, 2018 No comments:

Congress President Rahul Gandhi Friday courted arrest after staging a protest outside the CBI headquarters in Delhi against the move to divest CBI Director Alok Verma of his powers and send him on leave.
Earlier addressing the gathering Gandhi attacked Prime Minister Narendra Modi over the issue. He also accused him of destroying institutions including the CBI, the Election Commission and the Enforcement Directorate. Senior Congress leaders, including Ashok Gehlot, Ahmed Patel, Motilal Vora, Veerappa Moily and Anand Sharma, took part in the march that culminated in a demonstration ahead of the CBI headquarters.
Loktantrik Janata Dal leader Sharad Yadav, CPI leader D Raja and TMC’s Nadimul Haque joined the protest.
The Congress’ protests in the national capital were replicated in other parts of the country. State Congress leaders led demonstrations in their regions against what the Congress described as the “illegal, unconstitutional and illegitimate removal of the CBI director by the Modi-Shah duo”.
The apex court said former Supreme Court judge AK Patnaik will oversee a CVC inquiry into the allegations against Verma and the report has to be placed before it within two weeks. It directed that interim CBI chief M Nageswara Rao shall not take any major policy decisions. Decisions taken by him since October 23 till date shall not be implemented, it said. All decisions taken by Rao shall be placed before the apex court in a sealed cover. — PTI

DCS 2018 is the truly multilateral summit of its kind in South Asia! Register Now!

Email ThisBlogThis!Share to TwitterShare to FacebookShare to Pinterest
September 2018 fiscal deficit stands at 95.3 % of actuals to BEs 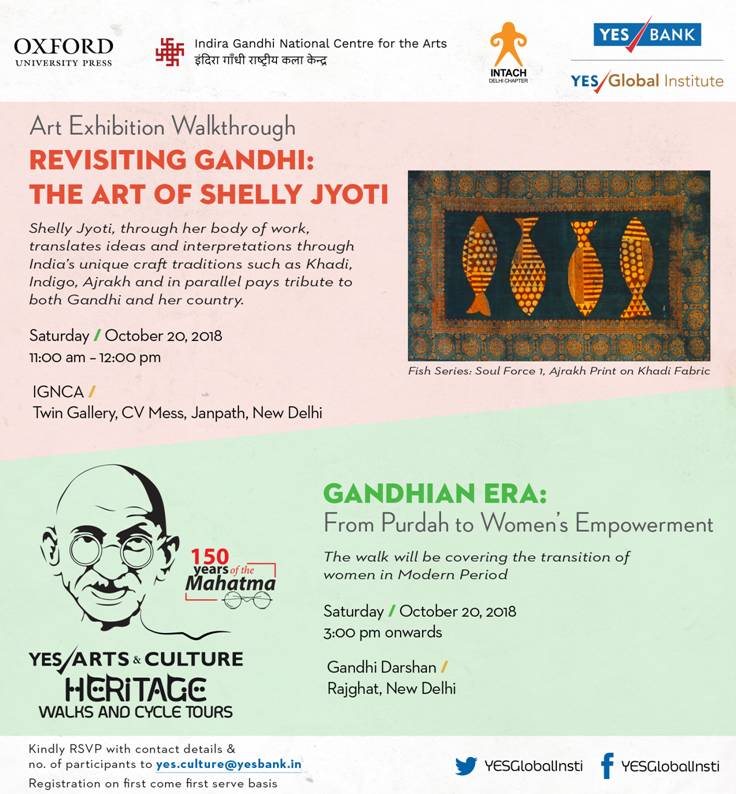 Please RSVP by end of the day.

Posted by Nksagar at Thursday, October 18, 2018 No comments:

Once again victory of Aastha in Sabarimala: VHP

Once again victory of Aastha in Sabarimala: VHP
New Delhi. October 18, 2018. The kind of barbarism and vandalism perpetrated by the Kerala Police on the Bhagwan Ayyappa devotees at Sabarimala seemed to be as if the Marxist goons wearing Khaki costumes had landed at the celebrated holy shrine to mount aggression on the Aastha of Hindus. Joint General Secretary of Vishva Hindu Parishad, Dr. Surendra Kumar Jain, made the said remarks while condemning the atrocities committed by the Communist government on the devotees engaged in peacefully doing Satsang at the shrine. Vijayan's police not only baton charged and stoned but also broke open the vehicles of the devotees and looted the same. Despite all the vandalism of administration, it could not trounce the Aastha of the devotees. Aastha was Vijayi (victorious) and no ‘Vijayan’ (victory) but defeat of tyranny. The CPM government, ever in the business of plotting to crush theAastha (Liberty of thought, belief, faith and worship) of Hindus, imposed Section 144 in the temple area and conspired to organize a forcible entry of some planted middle-aged women making fun of Hindu Astha into the shrine of the deity.
Dr. Jain warned that they would not succeed in their conspiracy. In protest against the government suppression and conspiracy, the Sabarimala Karma Samiti has called for a 12-hour state-wide strike today, which has the support of all social and Dharmicorganizations.
Dr. Jain said that for the kind of situation that has come to pass today in Sabarimala, only the CPM government and some of their so-called human rights activists with Hindu phobic agenda and well-fed by them, are responsible. Under the guise of empowering women, these elements have actually been trying to crush the Hindu Aastha. These elements have never raised a voice for the nuns who suffered from sexual atrocities and rape by Church priests, but had the effrontery to call the victim nuns as prostitutes. Even their tongues get paralysed on question of entry of Muslim women in mosques. CPM’s record on the protection of women's rights has always been dubious. In their Polit Bureau, a woman has got admission only when her husband has become the General Secretary of the party. The atrocities committed by them against women in Bengal's Nandigram and Singur, speak volumes about their character.
None of the petitioners that went to the Hon’ble Supreme Court seeking entry of 10yr-50yr old women into the Sabarimala shrine does ever subscribe to the Sabarimala Aastha. But now even such women are coming out who threaten to go into the shrine with their boy-friends and make sex in front of celibate Bhagwan Ayyappa and are also talking in terms of opening condom shops at the shrine. They cannot appreciate that ‘liberty’(swatantrata) is not ‘licentiousness’(svekshhacharita) and indiscipline.
Dr. Jain also said that Hindus have never been anti-women. But there are some mores and traditions of every temple which should be respected by everyone. Bharat stood for unity (Ekta) and not for uniformity (Ekroopta). Due to these different traditions catering to different necessities, aptitudes, and temperaments, unity in diversity became the forte of Bharat. It seems that all these anti-Hindu people got together with the plot to mount an invasion on Bharat’s soul/central being. It must be noted that there are also temples, including occult ones, in Bharat where entry of men is prohibited. Will these people call those traditions as anti-males? This is diversity, not discrimination, reverse discrimination, unfairness or inequity!
Some so-called intellectuals ailing from Hindu phobia have used the word ‘goons’ for the devotees of Ayyappa. The VHP condemns them for these abuses. This movement has been completely non-violent. Lakhs of devotees have come on the roads, but leave aside the talk of violence, they never ever used an abusive language for anybody. Instead of praising the peaceful movement of the devotees, the anti-Ayyappa activists are exposing their own mindset and mentality by using abusive language. They should understand that the Hindus have always been transformative as the Hindu culture (Kulaachaar) is like a flowing river and growing tree and not like a statue. Are not Dalit priests accepted in temples of DakshinBharat? But this change should come from within the Aasthavans! None of the external elements can impose it!
The Joint General Secretary of the VHP said that this tradition of Sabarimala does not humiliate anyone and does not hurt anyone. This tradition is entirely under section 25 of the Constitution of Bharat. Therefore, this fight is only for the protection of the spirit of the Constitution by staying within the ambit of the Constitution. How can those opposed to the law against Triple-Talaq have the face to oppose this movement?
The CPM government has changed the constitution of the Devaswom Board in such a way that they can handover Hindu temples to non-Hindus. The Vishwa Hindu Parishad condemns their anti-Constitution and anti-Hindu conspiracy in the strongest terms, and warns that it should stop its unholy agenda to crush Hindus. The communist movement has shrunk in rank & file and now got confined to Kerala. They will get eradicated from there also in their fight against Hindus. They should accept their mistake and file a review petition in the SC. The strength of Hindu Aastha would now have come to their notice.

National Spokesperson,
Posted by Nksagar at Thursday, October 18, 2018 No comments: