Expressing his interest in the Indian market Ryan Moffett, Director of Nobox and Cabin Crew Europe said “We could not have found a better partner than GMR AA, better students and a better relationship to grow and flourish than our country’s relationship with India. Our relationship with GMR AA is one of partnership, trust and a shared belief in in offering best in practice accredited training, preparing graduates for a fruitful career in the industry.

In addition, Mr. Moffett mentions his goal with GMR and that it is to help India alleviate specific difficulties and obstacles facing airlines in their recruitment and training of Cabin Crew.

Cabin Crew Europe and GMR AA have designed a distinguished training program by incorporating regulatory requirements based on Aircrew Regulation 1178/2011, as amended, Annex V, Part CC accompanied with soft skills training vital for the high-powered international aviation marketMs. Eva Roharikova, Head of Training Cabin Crew Europe to this asserts, “ Our Cabin Crew Initial Training Course is designed in a very appealing and unique way where the team has gone above and beyond with what is required to give students the best start to their career. While carefully creating our course, we have ensured that all topics like Aviation Regulation, Communication, Human Factors & CRM, Passenger Handling, First Aid, Dangerous
Goods, Security Awareness, Fire & Smoke and Survival are covered in an interactive and professional way.

Commenting on the association P. S. Nair, CEO – GMR Airports said, “GMR AA is committed towards creating a continual training pipeline and the signing of this Agreement with Cabin Crew Europe, Nobox  is yet another landmark moment. With joint efforts and synergy, we will be able to create immediate employability access to European and the Middle Eastern markets as well as other regions.”

The team has more than 55 years of aviation experience and understand what it takes to be a successful cabin crew and what airlines are looking for. By pooling Nobox & GMR’s knowledge and experience together in one team, Cabin Crew Europe aims to help students achieve their dream of becoming cabin crew.

Having a brain-child of 3 Irish companies to broaden their horizons in India, Director – India and South Asia, Enterprise Ireland Mr. David Flood expresses his joy on this association and said, “Enterprise Ireland is pleased to have an Ireland-based company Nobox co-work with GMR AA, India. This alliance will allow potential aviation candidates acquire the flamboyant training they would require to be employable in India and abroad.”

About Enterprise Ireland:
Enterprise Ireland is the government organization responsible for the development and growth of Irish enterprises in world markets to achieve Global success. Enterprise Ireland work in partnership with Irish enterprises to help them start, grow, innovate and win export sales in global markets. In this way, it supports sustainable economic growth, regional development and secure employment.
For further information, please visit - https://www.enterprise-ireland.com/en/
Posted by Nksagar at Monday, April 29, 2019 No comments:

Thousands of people protested in Hong Kong on Saturday over a proposed law change that would allow suspects to be sent to mainland China for trial diluting Hong-Kong autonomy.
Hongkong officials say they need to amend the law before July so that they can extradite a criminals.
Police estimate 22K people took part, while organisers say this figure was closer to hundreds K demonstration.
Yes , the sizeable protest make it the largest demonstration since pro-democracy rallies in 2014 known as the Umbrella Movement.
at April 29, 2019 No comments:

Sri Lankan President #MaithripalaSirisena issues order for ban on burqa, veil or covering of face in a manner which prevents anyone from being identified. #SriLanka
This order comes in force after ghastly attack on churches and hotels with nine serial bomb blasts which killed nearly 259 people and more than 500 injured on Easter celebration congregation.
at April 29, 2019 No comments:

Polling has begun for the fourth phase of Lok Sabha elections.  The voting began at 7 this morning amidst tight security arrangements. Polling is taking place for 71 Parliamentary constituencies, spread over nine states and Kulgam district of Anantnag Lok Sabha seat in Jammu and Kashmir.
Voting is taking place for 17 seats in Maharashtra, 13 each in Rajasthan and Uttar Pradesh, eight in West Bengal, six each in Madhya Pradesh and Odisha, five in Bihar, and three in Jharkhand in this phase. The prominent candidates in the fray include Union Ministers Giriraj Singh, SS Ahluwalia, Babul Supriyo, Gajendra Singh Shekhawat, PP Chaudhary, Subhash Bhamre and Sudershan Bhagat, Samajwadi Party President Akhilesh Yadav’s wife Dimple Yadav, film actor Urmila Matondkar, BJP Bihar unit chief Nityanand Roy and RLSP chief Upendra Kushwaha.
Voting is also being held for the remaining 41 assembly seats in Odisha, by-election to Chhindwara assembly seat in Madhya Pradesh, Nighasan in Uttar Pradesh, and Krishnaganj in West Bengal. In Maharashtra, 17 constituencies going to polls are all the six seats from Mumbai, Thane, Kalyan, Bhiwandi, Nashik, Palghar, Maval, Shirdi, Dhule, Shirur, Dindori and Nandurbar.
In West Bengal, polling is being held for Baharampur, Bolpur, Birbhum, Ranaghat, Krishnanagar, Asansol, Burdwan East, and Burdwan-Durgapur constituencies. 68 candidates are in the fray for 8 parliamentary seats. Besides State Police, around 580 companies of Central forces have been deployed. Election Commission appointed Special Police Observer Vivek Dubey has said that almost all polling booths will be manned by the Central Force this time. Security measures have been tightened along the India-Bangladesh border.
In Bihar, polling is taking place in Darbhanga, Ujjiarpur, Samastipur, Begusarai, and Munger. 66 candidates, including three women, are in the fray five seats. In Uttar Pradesh, polling is progressing peacefully for 13 constituencies amid tight security.  The constituencies where voting is going on are Shahjahanpur, kheri, Hardoi, Mishrikh, Unnao, Farrukhabad, Etawah, Kannauj, Kanpur, Akbarpur, Jalaun, Jhansi  and Hamirpur. “There are 152 candidates including 18 womens in the fray in this phase. Twenty seven thousands 512 polling  booths have been erected for 2 crore 41 lakh voters . The first time voters are  3 lakh 56 thousand and five.  Elaborate security arrangements have been put in place and  whole area has been divided into  293 zones and 2 thousand 298 sectors.
Besides 1 lakh 73 thousand civil police and other security personnel, two hundred thirty companies of Central Armed Police Forces and 58 companies of PAC have been deployed. The key contestants in this phase are SP president Akhilesh Yadav’s wife Dimple Yadav, Salman Khurshied and Sripraksh Jaiswal of Congress,  Satyadev Pachauri, Sakshi Maharaj and Ram Shankar Katherina of BJP.  MS Yadav Reporting for AIR News From Kannauj.”
In Jammu and Kashmir, strict security arrangements are in place in Kulgam district, part of the Anantnag parliamentary constituency. Officials said a multi-layered security set up has been put in place for the protection of polling booths, handling of law and order problems and thwarting the designs of anti-national elements to disrupt the polls. All of the 433 polling stations have been designated either as hypersensitive or sensitive.
at April 29, 2019 No comments:

Email ThisBlogThis!Share to TwitterShare to FacebookShare to Pinterest
Mr Naresh Kumar SagarEditor
Sagar Media Inc
Dear Ms. Sagar,
Greetings from The Policy Times (https://thepolicytimes.com)
May I express my heartfelt thanks for accepting our request and joining us in the Interaction on “Investment Opportunities in Viet Nam” with Ambassador H.E. (Mr.) Pham Sanh Chau, The Socialist Republic of Viet Nam to India on 25th April 2019, New Delhi jointly organized by The Policy Times and Embassy of Viet Nam, New Delhi.
I am delighted to share that over 107 distinguished members from Indian industry, civil society and Media from over 80 organizations participated. There has been a round of meetings between delegates, with the Ambassador, Chief Guest, and other Senior Embassy officials.
Feedback received from our distinguished speakers and other delegates have been well received by all. The Interaction served the very purpose of facilitating business exchange and networking. The Excellency is very happy and satisfied meeting you personally during the Interaction.

We will summarize outcomes of the Interaction in the form of a Business Report which will be published and released by the Ambassador soon.

But there is always scope for improvement. Kindly let us know if you have any feedback to share which can help us improve further in future.

Also let us know if you have any business proposal or idea that you or your organization would like to explore in Viet Nam. The Policy Times would be extremely happy to help you connect with relevant stakeholders at the Embassy and in Viet Nam.
Once again, I thank you for your wonderful support and cooperation to make the Interaction a grand success.
I hope to connect and work with you to explore some opportunities mutually beneficial for us in future.
Attached are some photographs of the Interaction for your reference. 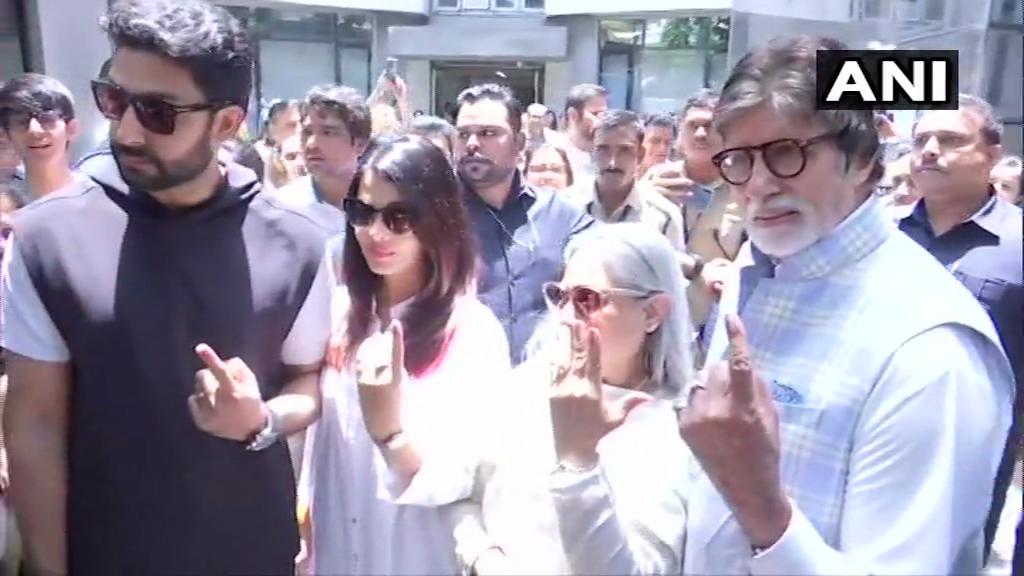